TSC Behind The Decks | Shlomi Aber 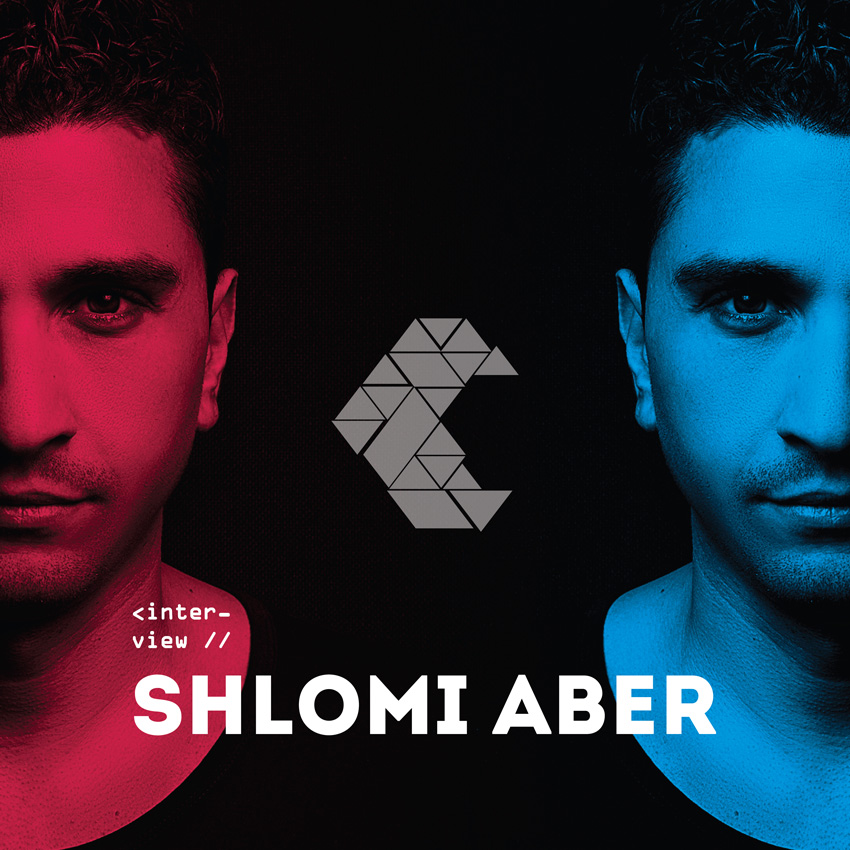 TSC Behind The Decks | Shlomi Aber

Born and raised in Israel, Shlomi Aber’s personal approach, married with 15 years of production experience and over 20 years of DJing, takes influence from Jazz, Funk, Minimal, Acid, and in particular the old Techno movement. Shlomi Aber has created some of the most recognizable and highlighted underground dance music tracks of the modern times for the world’s most prestigious labels on his ever-expanding CV: Cocoon, Ovum, R&S, Nonplus +, Figure, Renaissance and his own “Be As One Imprint”, one of the most established and leading labels of the underground dance music scene, with its broad range of quality and forward – thinking underground house and techno.

Tracks such as “Sea Of Sand”, “Tel Aviv Garden” and “Groove Mechanism” have become engraved as Modern Anthems, whilst his “Sketches“ release has already been described by every aspect as ‘…a classy piece of Underground fodder’, not to mention his Ovum Recordings “Freakside” release which became his trademark as “the biggest club track of 2007” and one of the most played techno tracks in past years.

Shlomi Aber’s worldwide success granted some prestigious rewards and Nominations as “best newcomer” in 2005, “producer and track of the year” just two years later, “Beatport’s artists of the year” in 2008, and a well respected recent “Best Techno DJ 2014 & 2015” award winning at the “Sankeys Ibiza“ DJ Awards. These and more placed Shlomi Aber in the first tier of electronic music artists, headlining every prestigious club, festival or venue worldwide.

Closing the ten years celebration of the label and following his 2010 album ‘Chicago Days, Detroit Nights’ on Ovum Recordings, we caught up with Shlomi, right after his ten-tracker LP Linear Equation was released on his own imprint – “Be As One”. Through carefully crafted EPs on NonPlus, Figure, Be As One, Odd Even and Drumcode Ltd, Shlomi’s sound has continued to evolve and refine, while drawing influence from the early techno movement.

It is our greatest pleasure to have you featured, Shlomi! It’s been almost two months since the release date of your third album “Linear Equation”. Where did your creativeness derive from for this particular album, what was your inspiration whilst creating it and how is the resulting sound expressing you as an artist with more than 15 years production experience?

Hi guys, thank you for having me 🙂 It has been more than a month since the album was released as you mentioned, and I’m very happy to have such great feedback on it, especially since it was a very personal project that took me over two years to compile. I didn’t overthink or picture how I wanted it to be, I just went with the flow and enjoyed the ride. I didn’t try to produce big hits or temporary tracks for this project so I feel the final result is pretty authentic and timeless.

Have the ten-tracker LP satisfied your expectations in terms of audience feedback and its organic reach so far?

It’s still a bit early to sum things up, but the feedback so far is phenomenal. To be honest, more than I expected for a pretty dark techno album, we had a very successful Premier with Be@TV, plus a proper album presentation together with B.Traits from the BBC Radio One studios, there are lots of news and reviews all around and it seems to be on the right track.

You have selected some locations throughout Europe in order to celebrate the release of your new album and for Belgium this is Ampere. What makes Ampere different compared to the other clubs in Antwerp? Moreover, where else can we expect similar events to this one?

The album tour is on and I will take to over 46 shows in the next 4 months between Europe, US and South America and there are many exciting shows and festival I’m looking forward too. One of the stops in Belgium was Ampere, which is a great dark room club with a proper sound system as I like, and there are a few more great shows in Belgium planned as part of the tour.

Ovum Recordings and Renaissance are two valued imprints, which took care of the releasing process of your previous albums, only this time you decided to choose your own imprint – Be As One. Why Be As One? Is there a connection with closing the 10 year celebration of the label?

That’s a good question. Back in the days when I released my first and second album, Be As One was still a young label that needed a lot of care and attention, now the label is more than mature and established enough to carry any project out and releasing the album on my own label was more than a declaration of a faith statement.

Speaking of last year’s “10 years Be As One” events, one of them took place at Nordstern (Basel, Switzerland) for this occasion. As Switzerland’s most prestigious underground club, (and from close sources, one of your favorites as well), would you like to give us a brief info how that night went and describe something memorable from each event – Lehmann Club, HEX Barcelona etc.?

We had 10 shows in 10 different countries for the celebration, what can I say … you got it right. Nordstern will always be one of my favorite clubs and have a special place in my heart. I’ve been playing in that club over the past 10 years, 2-3 times a year, and I have a special personal connection with it. I was glad and lucky to have such great and talented artists as Truncate, Markus Suckut, Skudge, Yotam Avni, Eduardo de la Calle, Savas Pascalidis and more joining me for the release and touring celebration.

What else does Be As One imprint have in store for the rest of 2018, both event and release-wise? Furthermore, where do you see your label going in the future?

We will do less label showcases in 2018 since I’m focusing mainly on the album tour until the summer. However, we will do our annual Off Sonar and ADE Showcases. Music-wise, I think the label is in its best days and I’m keeping so much great music from very talented artists that will see the light during 2018.

Shlomi Aber, what was your biggest accomplishment of 2018 so far and where do you see yourself going this current year? And lastly, do you have any new forthcoming releases you would like to share with us?

We are just starting the year and it’s hard to talk about accomplishments. To be perfectly honest, I’m not even looking for any, I’m just enjoying so much doing my thing and every day I consider myself lucky to be able to keep doing what I love. There are great releases coming up this year that I can’t announce just yet but also can’t wait to shout them out.