TSC Behind The Decks | Adnan Jakubovic 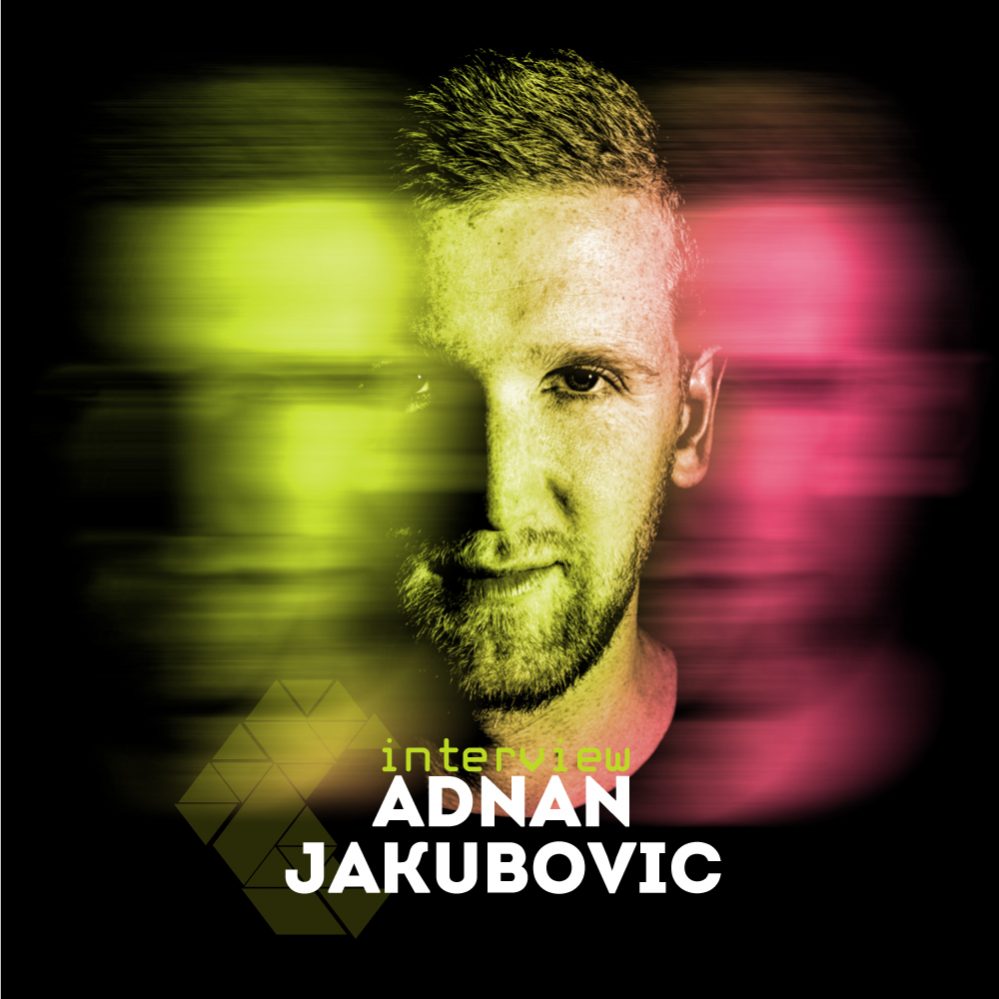 TSC Behind The Decks | Adnan Jakubovic

For Bosnian producer Adnan Jakubovic it can be said that he is one of the leaders of BH producers in progressive house, and so far he has released a significant number of tracks for some of the world’s leading progressive house labels. His production simply has no boundaries and he has never set his music under one style. The songs he creates must always have energy and love, because without them music has no meaning. In the music he produces you can often hear a techno drum, house rhythm and infallible progressive melody.

Hi Adnan and thanks for being our guest! Where are we catching you right now and what have you been up to lately?
Hi guys! I would like to thank you for inviting me to do this guest mix and interview. A lot is happening! This month marks 8 years since my first ever official release. I just presented my first release on my new born label Big Bells Records. I had some hard time during the winter, but it’s over now and I am back to what I love the most – mixing and producing music.

Your debut was back in 2011, but could you tell us how did you get into progressive house music?
Back then I was just producing and I didn’t know what I wanted. The progressive sound just came “out of me”. I was listening to Progressive, Trance, Psy Trance, Goa Trance, House and Techno back in ’00. When I discovered Sima Deep’s YouTube channel there was a lot of good underground progressive music from Mistique Music and other labels. I really liked it, so I started mixing progressive and later producing, too.

What made you move abroad and why exactly Stuttgart, Germany?
I am coming from a country which doesn’t have high standards of living. After I finished my law degree and after three hard years of trying to make a living out of music I decided to leave. It wasn’t an easy decision, but I did it for the music. Thanks to music I discovered wonderful people around the world and many beautiful places. Germany was the logical choice because it was the easiest way to get a visa and I already had a few friends from Bosnia living there.

There are over 70 productions so far with your name on labels such as Balkan Connection South America, Just Movement, Bonzai Progressive and many others, but which is the production that you are most proud of? What is the story behind it?
I am proud on my first ever release because it was hard for me to convince myself it was good enough. Just show the world your work, some people will like it and some won’t. It depends how people experience your music. There were also a few other tracks I was a bit more connected to, but at the end all of them are important I think.

What are your weapons of choice in the studio nowadays? Do you have a specific workflow every time you start a project?
I always start with the bass line and kick and then one simple pad. I don’t like staying for hours and hours making music, because I get lost in the melodies and it’s hard to stay focused. So I make music for one or two hours maybe and get a break. Sometimes break means going for a walk in the forest or driving my bike with or without headphones. Inspiration is very important and being well organised. Before, when I was living in Bosnia, I was more organised, but now with 2 jobs, there isn’t much time for music but I am keeping myself as busy as I can.

Which is your favourite gig so far and why?
My first time in Amsterdam. I had so much fun in RLGC44 and their hospitality was wonderful. It was the first time seeing people on a dance floor with so much passion for progressive house music. I love Amsterdam it’s my favourite city. It’s always special working with my friends from Stereo Sektor from Bosnia and Herzegovina. An amazing team of big professionals with great passion for music like myself. Last year I played in Leipzig, Germany at Club Elipamanoke. It’s a pure underground place, the energy of the crowd was great, the promoter was very kind and I had an amazing time playing there.

What can we expect from Adnan Jakubovic in 2019 (releases, gigs or any other exciting announcements you would like to share)?
Now we are starting with Big Bells Records, our first release is almost ready and hopefully it will be released by May. Also, I have one track for a record label from Hamburg, a remix for a friend from Berlin and my remix for Manu Riga will be released on Vesta Records on the 1st of April. I don’t have any planned gigs at the moment, but I will be at Amsterdam Dance Event. My podcast series Big Bells on Frisky Radio is getting more and more popular, almost every month it’s in the top 10 weekly mixes.

Thank you for the interview Adnan!
Thanks guys for inviting me! It was a pleasure 🙂