TSC Behind The Decks | Just Her 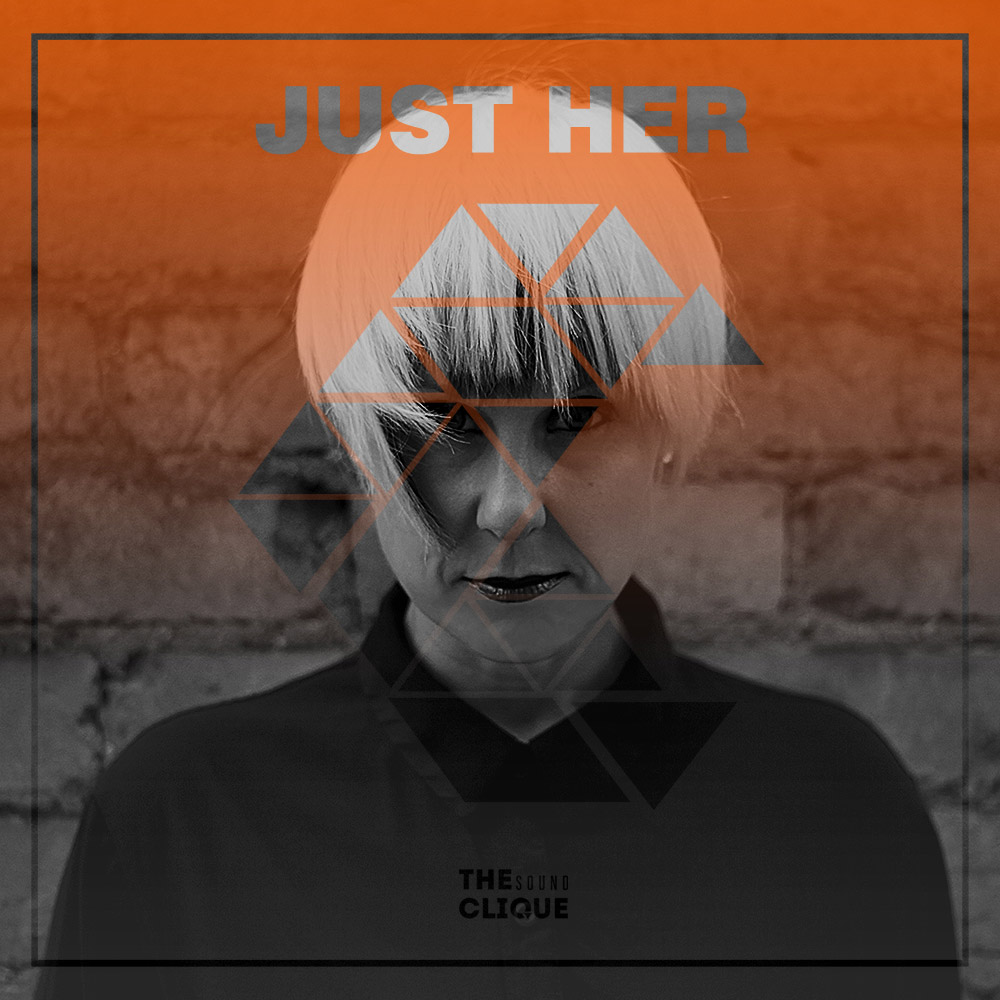 TSC Behind The Decks | Just Her

We are thrilled to present Just Her, as the first guest artist from Backyard Sessions festival on our ‘Behind The Decks’ interview series. Just Her is in-demand musician, DJ and producer, with her songwriting and engineering skills as part of the duo Him_Self_Her, landing her releases for the acclaimed labels Crosstown Rebels, Toolroom, and Suara, regular Beatport chart positions, and frequent gigs across world.

Now Just Her has embarked on another chapter in her musical journey. Find out more about the artist and the label owner Just Her in our exclusive interview with her, as she gears up for Backyard Sessions in August.

Why did you select the name ‘Just Her’? Furthermore, what influenced you to become a DJ and artist, and how do you define Just her’s sound?

I used to be part of the duo “Him_Self_Her” and when I decided to create a solo project, I wanted the name to have a subtle connection with the past, but to also signify that it is now just about me & my own individual sound. So the name Just Her meant that fans of Him_Self_Her would maybe recognise me and have a little smile about it, but if you don’t know the connection, the name still stands well on its own.

I’m also a strong advocate and fighter for equality in the electronic music industry, and the name is also a bit of a poke at the common misconception that females are not as naturally strong as males at production and DJing. Many people assumed that I wasn’t the main producer or engineer in the duo, in fact, someone even asked if I was “just the vocalist”! So in some ways the name “Just Her” helps to reflect my frustration at that assumption.

I’ve been a music junkie since my childhood and I used to make my own radio shows in my bedroom! Although I didn’t study music initially, it was always a strong passion of mine so it was natural for me to end up DJing in my spare time. I bought some vinyl decks, taught myself to mix and started playing at local bars until eventually it became more serious and I went back to University to study Music Production.

In terms of my sound, I think it is quite difficult to categorise, as I make and play a range of styles, but I guess it would all fall under deep house or deep techno, but always with feeling and emotion.

Let us take a step back and have your opinion about Him_self_Her. Amazing bangers were released that topped the charts! How was it working with LE:ON? What made you two pave on separate paths, as it did seem as you had a natural flow together?

Yes, being part of Him_Self_Her was an important and fun time in both my life and career. Leon was a great friend and we had some amazing times working together. However, I was already producing and performing solo before I joined Him_Self_Her and so it was always in my plans to continue with that, mainly so that I could fully express my own individuality and creativity both in my productions and on stage. Working with a partner can be great in terms of bouncing ideas and sharing experiences, but there is always a small element of compromise, as you both have to be happy with the sound. So now as a solo artist I have complete creative control, which I love.

Coming back to your solo DJ career. Can you tell the readers about the concept of adding not just music but art, as well, to your very own Constant Circles label?

Art is about expression, beauty and creating something significant and meaningful, which can take any form, including music, painting, photography, sculpture and so on. So to me, the connection between music and visual art is fluid and it made perfect sense to combine the two. The idea behind “Constant Circles” is that all art moves in cycles, and we are always influenced by trends from the past, present & future. It is primarily a record label but every release comes with a bespoke piece of visual art that conceptualises the music. The visual side of the label is developing all the time and I am about to curate my second visual art exhibition, at Factory Fifteen in London from 1st to 10th August, showcasing some amazing contemporary art from my label artists and friends.

You recent release on Constant Circles – the Busy Minds EP, colliding with Ryan Murgatroyd was probably, an enhancing experience. Can you elaborate on how you got together and made this dynamic EP?

I’ve been lucky enough to perform alongside Ryan a few times in Cape Town, South Africa over the last few years, which is where he is from. We had an instant connection both musically and spiritually and both said we would love to get into the studio together to see what we could create. Then last year I played at the AfrikaBurn festival and I had a few days off in Cape Town afterwards, so I crashed on Ryan’s couch and dragged him out of bed at 6am for studio sessions haha! It was an intense few studio days but the Busy Minds EP was the result. I think our sounds work really well together so I hope we can get back in the studio in the future to create another EP.

What other collaborations can we expect from you in the future? And furthermore, what does the label have in store for its listeners in the future?

I have actually just released another collab EP with Danish producer Nandu on my label Constant Circles, which has done really well in the Beatport charts and has received some amazing feedback. It features a vocal track with Kieran Fowkes called ‘Forget Our Love’ and then a melodic techno track called ‘Away’ which comes with an original and a more stripped down mix, so there is something for every floor. I’ve also just finished a big vocal track with Aidan Lavelle, again featuring Kieran Fowkes, which we are yet to find a home for, but we are really excited for people to hear! As I’ve done a few collabs lately that will probably be my last one for a while, as I focus on some original Just Her material in the next few weeks.

The record label is actually just about to hit it’s second year mark, so we are celebrating with a compilation album of some of the stand out tracks so far and then a cheeky birthday party at Factory Fifteen London on 1st August with a music & art showcase with live stream, followed by the visual art exhibition I mentioned earlier. After that will be the next episode of our SPIRALS series, where we showcase music from up & coming artists, plus our first charity release where we will be using some music from New York based producer Allies For Everyone to raise money and awareness for a human rights charity.

After hearing you play in Culture Box (DK) this year and last year, we are very excited for you being booked to play at one of the most exciting electronic music events in Scandinavia – Backyard Sessions, in Malmo (SE). How did the booking for Backyard Sessions about and what are your expectations, knowing you will play alongside great djs such as ANNA, Recondite, Claptone, Finnebassen and other?

I’ve managed to make quite a lot of connections in Denmark & across Scandinavia, as I work closely with Nandu & Radeckt who are based in Copenhagen, as well as Danish producer Pete Oak and the Blindfold Recordings crew, plus being on the same booking agency as Finnebassen. So yes, as a result I have now had two label showcases at Culture Box, and I was lucky enough to connect with the Backyard Sessions guys. The festival looks incredible and when I saw the final line up I was amazed! Also the fact that there is a cultural and art aspect to the festival fits really well with my ethos. I feel honoured to be playing alongside such great artists and I can’t wait to get out there.

Keen to understand how they prepare and approach their upcoming shows, we’ve asked many of them, how they prepare for a DJ/live set. Can you share with us and the readers how you do it? Are you preparing something special for Backyard Sessions and are we going to hear any unreleased or un-announced material from you?

I am actually quite thorough in my preparation for my shows. I spend a lot of time hunting down new music and making edits and bootlegs to play only in my live DJ sets, because I feel it is important to give the crowd something dynamic and unique when they pay for a ticket to see you play live. I usually do a bit of research on the brand and previous events they have had, as well as the other DJs on the line up so I can get an idea of the kind of vibe and sound to expect, and then I make a rough plan of the key tracks I will play at certain times in my set. However I think it’s also important not to over-plan, and once I’m there I fill in the gaps based on the vibe on the dance floor. Quite often the crowd will take me in a completely different direction and the whole plan gets thrown out of the window! But that’s the beauty of playing live and feeding off the crowd is just as important as planning.