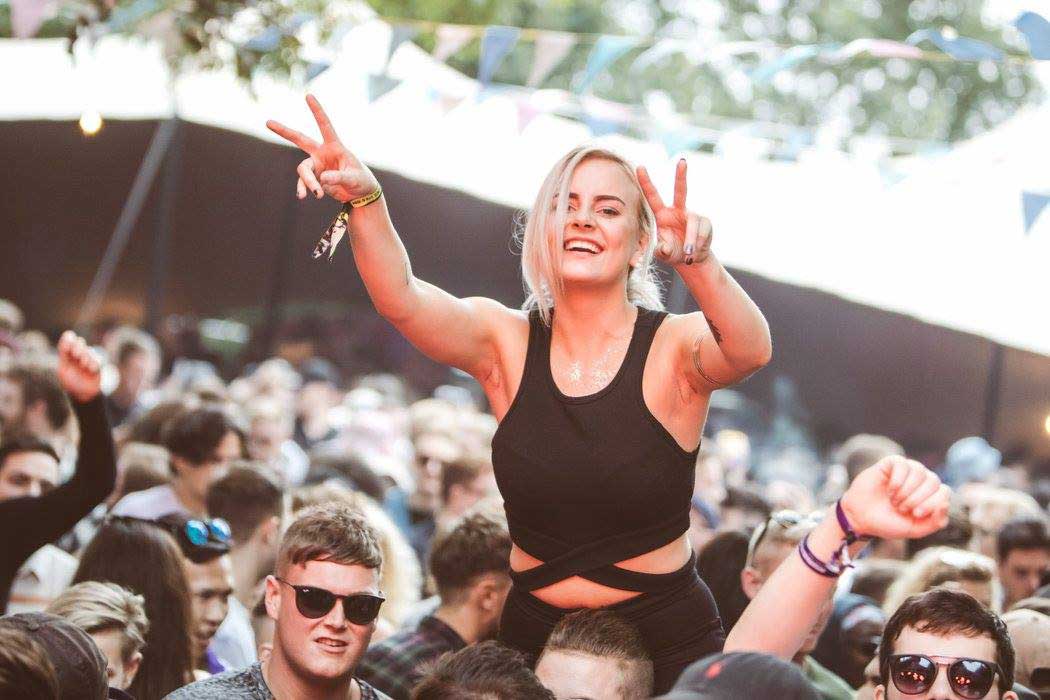 The connection between the year of 2013 and Nick Fanciulli is now connected to a 4 year tradition of The Social Festival, which is an exceptional festival with summer and winter editions. Considering the fact that Nick is an artist himself, he manages to retain the feeling of a special place with more selected artists and fans who go for them and their music. In that direction, he achieved numberless musical varieties, starting from drum and base arena to 4×4 beats which come to life thanks to Funktion One, an iconic sound system. We were lucky that our first time was the summer edition of The Social Festival, which took place in Maidstone for two days the 9th and the 10th of September. We were really excited about it as there were a few exclusive sets for the UK like Solomun b2b Adriatique and the world exclusive reunion of Sasha and John Digweed.. It took us some time to find our way around but at 14:30 we were already in. Let us just say that the organisation was almost perfect, starting from the actual entrance of the festival, to the small shop where you buy tokens for drinks, to the lockers, toilets and so on. There was hardly a moment when you had to wait more than 4-5 minutes for toilet or to get something to eat or drink which in our opinion is really good considering the fact that it was visited by more than 10,000 people. So the first thing we did on Friday was to go to The Meadow stage and catch Paranoid London playing live from 15:00. The headliners on that night were Sasha and Digweed who played at 21:00 until 00:00 but more about that later. Nic Fanciulli and his team had perfectly curated the lineup for all stages for both days and The Meadow on Friday was no exception. Paranoid London did a great set and Andrew Weatherall continued with trippy and melodic music from 16 to 17:30. Then it was time for one of the different artists on the scene with a really distinct sound – Paul Kalkbrenner. There is something really special about his sound probably it’s the melodies, the positive sound of most of his work or something else but it was a real joy to finally see and listen to him for an hour and a half. At 19:00 we went to The Barn stage to see Guy Gerber who played until 21:00. The Barn was full of people and the atmosphere was very different than the one in The Meadow. Guy Gerber was laying down tech house bombs and we had a great time and danced until 20:15 when we had to get some fresh air and something to eat before Sasha and Digweed’s set in The Meadow at 21:00. Taking into consideration all the above, the name “The Social” definitely corresponds to the spirit of the festival. Believe it or not for these two days we met at least 20 people at different places and times during the festival who were coming from different cities, countries, continents even and had a really nice chat, danced with most of them and became friends with some. Everyone was so open and willing to have a great time, there were no posers and everybody was so friendly and positive. The festival had a really nice atmosphere which is one of the biggest strengths of it in our opinion.

At 21:00 we went to The Meadow for the beginning of Sasha and Digweed’s set. This was a really special moment for many people who went, especially for these two legends. It would be hard to describe how we felt during these three hours. The vibe was something else. You could feel every person’s happiness, see every person’s smile and hear all the screaming and shouting while Sasha and Digweed were creating history. It was a night that will never be forgotten. We hope that our videos can translate at least some of the emotion and magic of this set. After a good sleep we were ready for Day 2 of The Social Festival! We arrived around 14:00 at the festival and this time we headed to one of the new stages for Saturday called The Stables. It was an open-air stage with a really nice lineup with names such as Sailor & I, Monkey Safari, Mind Against and Bicep to name a few. We were there for Sailor & I set and also got the chance to hear Gerd Janson after that. At 16:30 we went to The Barn to see Pan-Pot who played a monster set and made the crowd go crazy in the late afternoon. At 17:30 it was time for The Meadow which was going to be our last move for the night as there we had Agoria who did an amazing set from 17:30 until 19:00 and the special b2b by Solomun and Adriatique from 19 until 21. When Solomun and Adriatique took over the decks their magical sound took us on a journey and we can honestly say that for us this was the best set after Sasha and John Digweed’s set on Friday night. Few artists can achieve and maintain such a sophisticated, melodic and at the same time underground feeling with their music but Solomun, Adriatique and the whole Diynamic family is the perfect example of this. When they finished playing at 21:00 it was time for the techno king Carl Cox to close the festival in style. He was scheduled to play from 21 to 22:30 and then b2b until 00:00 with his good friend and organiser of the festival Nic Fanciulli. We catched just the first 10 minutes of Carl’s set as we had to leave the festival and head to the train station for the journey back home. It was a great experience and we can’t wait for next year’s edition.

After all, the decision to place the festival at a remote location resulted in removing all the sound constraints such as high city center volumes and thus, even more emphasizing the festival’s most valuable asset: the Funktion One sound system.

To see what you missed, check out the live videos from The Social Festival here.