A story about a true friendship: Ovandra ‘Retrofuture’ LP 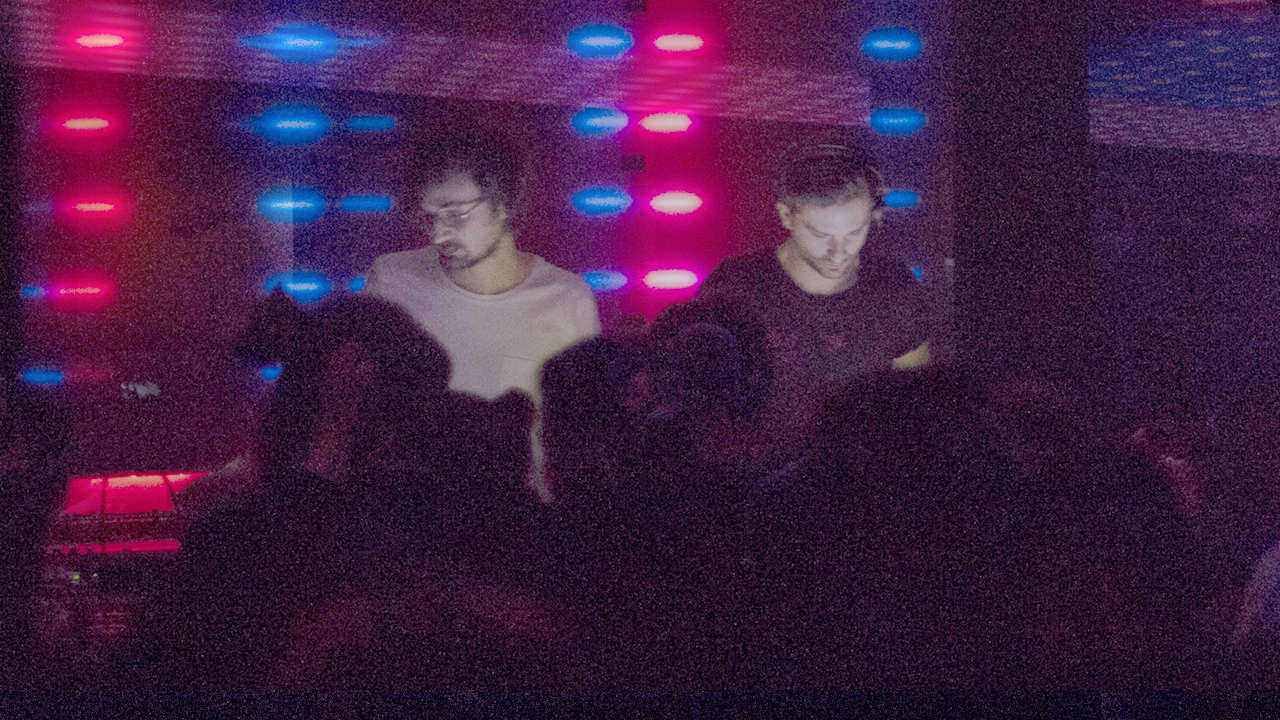 A story about a true friendship: Ovandra ‘Retrofuture’ LP

Amandra plus Ovend together Ovandra. The two French artists team up for an LP on their joint label Ahrpe. Since the very beginning of the label, the two minds behind Ahrpe Records knew they would work together at some point, but things often take time. Away from Ahrpe, Ovend’s productions so far have found a home on Tale Of Us’ label Afterlife, whilst Amandra has appeared on the likes of Semantica and Tikita. Now, following two weeks spent in Amandra’s studio in Warsaw, the pair’s styles merge seamlessly into a well-balanced, stirring sound that blurs the lines between techno and trance.

We caught up with Amandra and Ovend upon the release of their LP and had a very interesting talk about the release of ‘Retrofuture’ and their long time friendship which is highly imprinted in the whole album. A story about a true friendship.

Hello Amandra and Ovend and thanks for taking the time to do this interview with us. Where are we catching you in the world and what are you currently up to?

Ovend: I just landed in Paris a few months ago. Taking an undetermined break with music so nothing planned atm and I decline almost every propositions I get.

Amandra: Hello, thanks for the invitation. I am currently in Toulouse with my family and friends. Chill time before the storm with my 30th birthday end of March… Dayum.
Work-wise, I am finishing a remix for a Tel Aviv based label, interesting project. I am also putting together few new collabs, I will share some information about it soon. Also reorganizing my whole way of working with Rekordbox and CDJs. Been enjoying djing a lot lately!

Can you tell us more about ’Retrofuture’ LP and how the LP came about? Both of your productions have so far found home on different labels (Ovend: Afterlife and Amandra: Sementica and Tikita). Did the collab between you guys open the possibility for you to make the records with the sounds that usually don’t fit your home labels?

Amandra: Retrofuture LP represents our long time friendship to me. Early 2018 we got invited to do a label showcase in Cyprus by Alex Tomb for his inspiring Trap event series. We both played our respective live sets and then closed the night b2b, or call it the premises of Ovandra – djset! The energy was unbelievable. We had so much fun that the day after we thought it would be nice to start again with our very own and personal Ahrpe, and why not together as a duo! Later Aurélien (Ovend) would undust an old recording we made at early Ahrpe times, and then it all went fast: he came to my studio in Warsaw in June for two weeks, we recorded most of Retrofuture tracks there. At the beginning we targeted to come up with an EP, and then music matched so well that we naturally moved on to building an album.

We had the idea of starting again with Ahrpe anyway. Releasing music on interesting labels is a chance and I’ll never be thankful enough for that, but being able to self-release whatever we want without asking for permissions and feedbacks or sending demos is a true satisfaction to me. No compromise on this!

Retrofuture LP represents our long time friendship to me.

Ovend: Well, Anthony has already said it all. We always wanted to cook something together since the very beginning of the label but things often take time. We are both very proud of this album.

What are your favorite opening and closing track at the moment and what would you say are the artists and genres that have shaped your sound – one could imagine that both of you have different sources of inspiration which is why ’Retrofuture’ LP is so unique in its sound?

Amandra: These days I like to open with White Noise/Pink Ladies by Peder Mannerfelt for instance. Early March I did a djset in Paris for Spectrum crew at La Station, amazing night… I closed my set with Walker Barnard – Sweatshop Spaceship, groovy and sensual track.

When I started producing, I was listening to Plastikman, Ko-Ta from Stratosphere, Iesope Drift genius works on their Seico Corp label (I still do), Abdulla Rashim’s early brilliant loops from what he self-released mostly, and all these comparable classy atmospheric sounds coming from the 90s-00s. These guys influenced my music.

Ovend: “Kelly Moran – In Parallel” as an opening and “Powell Tillmans – Feel the Night” as a closing. My main inspiration in electronic music are quiet the same since some years now : Lorenzo Senni, Steve Hauschildt and Caterina Barbieri. Btw, I daily listen only french pop music now.

What is your favorite synthesizer or hardware at the moment – or said differently: what have been the most important piece of hardware making ’Retrofuture’?

Ovend: I used Sylenth for all the synth lines in Retrofuture. I use this plugin since 10 years now and it is very difficult for me to leave it.

Amandra: Regarding the hardware I used to make our album, it goes down to a x0xb0x computed through few Eventide pedals, and also the Octatrack in the making of the loops. Tanzmaus also played its key role here!

What are you looking forward to in 2019 – do you have any gigs or festivals coming up this spring or summer?

Amandra: I have some really cool gigs on the come. End of May I play in Lyon for Les Nuits Sonores festival, then early June at Le Monticule festival for my buddies La Berlinoise crew. I also look forward to playing in Draaimolen festival in June for a Nous’Klaer showcase. It’ll be the premiere of a duo live set together with an amazing Dutch artist I’ve been inspired by and now working with. Some more info about it very soon! And finally my second Asian Tour is taking shape for July, exciting!

End of May I play in Lyon for Les Nuits Sonores, then early June at Le Monticule festival for my buddies La Berlinoise crew.

Ovend: I will play an intimist gig in May with my friend Remcord in our beloved south of France. May be the last gig ever as Ovend.

Thank you so much for the interview Ovandra! In the meantime – many fans will enjoy your album! Thank you!