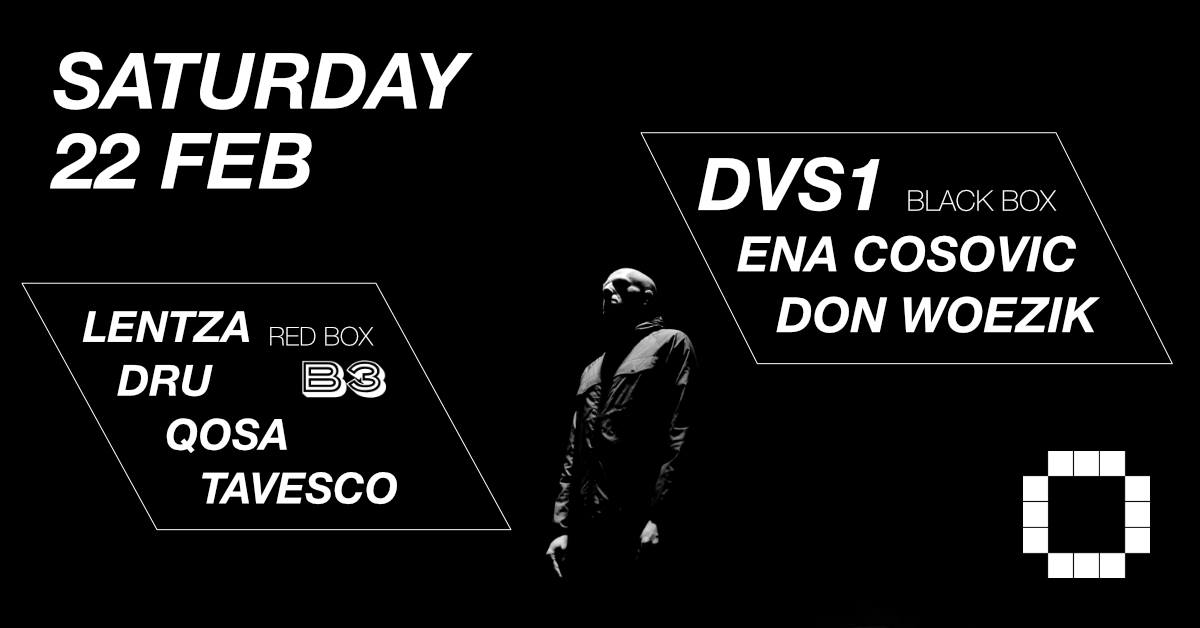 As a resident DJ of Berlin’s infamous Berghain / Panorama Bar DVS1 moves floors of the world’s most prestigious and best venues. Immersed in the heydays of the ’90s Midwest rave scene, DVS1 has gained a highly-respected reputation for his versatile skills, infectious energy and physical power behind the decks. After his first original releases on Klockworks and Transmat, he was not only introduced to a bigger audience, hence creating a strong fellowship for his own imprints: While HUSH showcase DVS1’s love for deep, purist techno and only his music, Mistress Recordings reflects his wide range as a beat and rhythm addict presenting some of his secret weapons that touches all corners of the dance floor and beyond.

DVS1 Will be supported by Don Woezik, Substantiv promoter and resident at the club X Malmö. Don has strong releases that are being played all over the world by names such as I Hate Models, Kobosil and Shdw & obscure shape to name a few. He is joined by Copenhagen based DJ Ena Cosovic. She knows the techno tradition by heart, which is why she’s able to transform it. Expect an unpolished mix of rugged dub techno, raw acid and rusty breaks.

Meanwhile the Block3 crew will conquer Red Box and cast out their musical gems.