Distortion Ø is moving to a new festival-ground 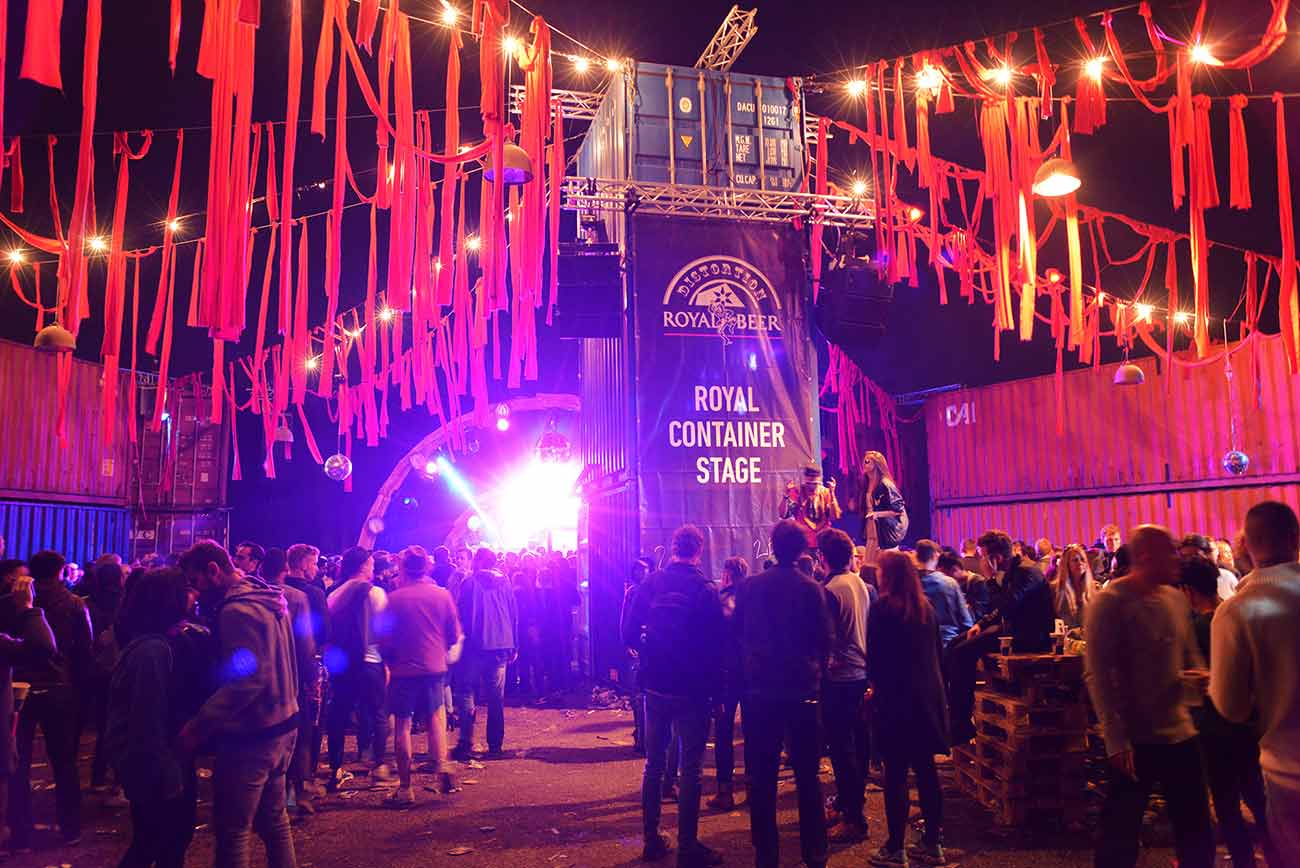 Distortion Ø is moving to a new festival-ground

Distortion Ø is moving to a new festival-ground and announces 24 new names, across 6 scenes for Distortion Festival 2018. Distortion Ø moves from it’s known location on the Refshaleøen to a new location, still on the same island but close to the “Vildnisset”. The festival area will have 6 different stages, surrounded by Refshaleøen’s industrial chimneys, red lights and pumping smoke on the horizon. The new Distortion Festival 2018 area is primarily surrounded by hills, grass and trees.

The new stages will now transform. The Live Stage becomes a concert-based scene across genres. The Rave Stage becomes non-stop house and techno nightclub sets with a falling space ship as stage design in a sci fi post-apocalyptic universe. The Disco Stage will be for more intimate feel good dj sets. The Red Bull Music Stage is the only scene with asphalt-underlay and warehouse atmosphere in urban, hip hop, grime and rnb. 185 is a hall where the two club concepts ‘Fast Forward’ and ‘Et andet sted’ will gather the underground techno environment in Copenhagen. Teknotunnel’s container setup also returns with an inferno of high BPM within trance, hardstyle and other fast genres.

With long hippiehair and anti-fashion attire, Acid Pauli seduces as few at the international house and techno scene. He can turn buttons as smoothly as had a thin white panther standing with the pots on the desk. Acid Pauli lands on the island and plays the closet set Saturday night between 3am and 3h up to the sunrise.

The Hamburg-based DJ Oliver Huntemann creates his music according to a Darwinian principle. Only the best survives. This setting has secured him a place in techno’s elite and paved the way for his collaboration with Dubfire back in 2008 and remixed for, among other things, Underworld and Chemical Brothers.

He will play the Distortion Club 2018 at Culture box, which Resident Advisor has described as “one of Europe’s best small clubs”. Meanwhile, the club’s co-owner – DJ and producer Tim Andresen will play a set at Distortion Ø. Listen to his latest podcast for The Sound Clique below.

Get ready for aural orgasm when Acid Arab builds a transcultural bridge in their melting pot blend of warm Middle Eastern music and raw cold western techno. The Parisian duo merges the orientasque in as a refreshing element in their large electronic soundtracks.

Pachanga Boys will make their return to Distortion, together with their colleague Fantastic Twins from their label Hippie Dance. The newly announced 24 acts are joining some of the previously announced artists such as – Solomun, who will be closing the Distortion Ø 2018 Main stage on Friday, Diynamic’s Stimming, Lehar, Johannes Brecht, as well as the Belgian sensation Charlotte de Witte.