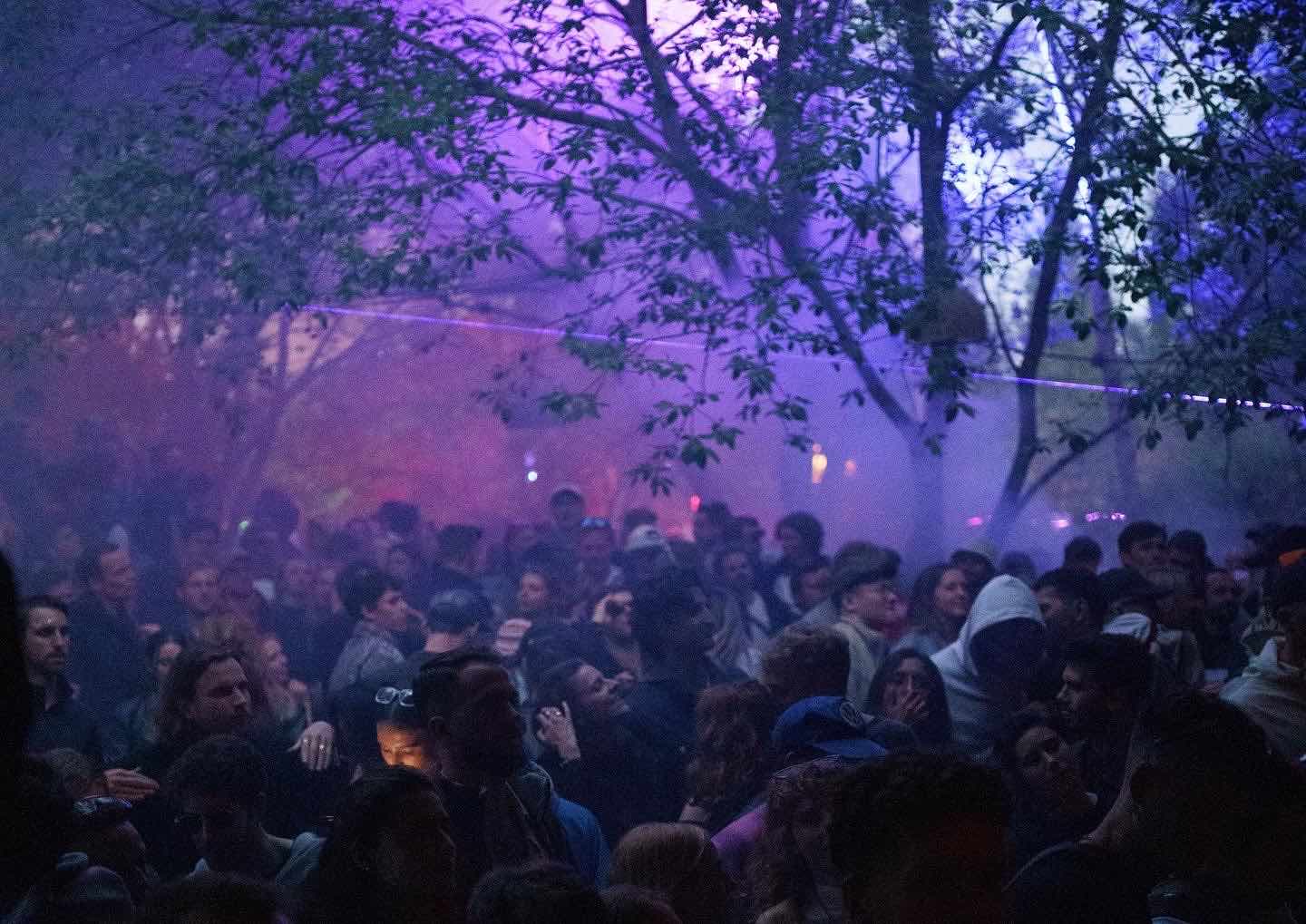 After a 2 year hiatus, because of covid-19, Distortion Festival 2022 was back as strong as ever. This time around Distortion 2022 underwent some changes, with Wednesday’s Nørrebro street parties, replaced by selected Distortion X parties across the city. In addition to that Distortion introduced the “Havnehygge” with various events taking place on Friday, throughout Copenhagen’s inner harbour.

And then was the grand finale of the 5-day festival – Distortion Ø, which as always took place at the wild forest of the industrial Refshaleøen site. Distortion Ø 2022 was a proper 2-day electronic music festival, with some of the finest selectors from across the globe. Friday was headlined by Peggy Gou and Fjaak at the Forest stage, Adriatique and WhoMadeWho at the Sunrise stage, while John Talabot closed the more intimate Disco stage. Saturday was reserved for Four Tet and Kölsch at the Forest stage, while Bedouin closed the Sunrise stage in the early morning hours, after Superpitcher. Across the 2-day Distortion Ø 2022 we experienced a bit of everything, from groovy House, to hard-thumping Techno and oriental Tribal House, and here are our highlights.

The energy level at Fjaak’s set could have produced its own electricity. By 2:30 AM some of the crowd had dissipated and more space opened up in front of the stage, allowing people to finally let loose and dance freely. Through the smoke you could see both guys smiling, passing J’s and dancing behind the decks.

As the sun started to rise so did the energy- morning mist mixed with weed smoke and heavy techno had the crowd on cloud 9. As if he was repaying the crowd for the love, Felix jumped down from the stage and handed out beers to ravers in the crowd. Actually both Felix and Aaron were very involved with the crowd, coming down and boogieing on several occasions.

Swipe to go through our Distortion Ø Friday highlights, including a video of Fjaak.

John Talabot at Distortion Ø 2022 was a love letter to the closing set.

As we made our way to the Disco stage, John Talabot was already on and throwing gauzy ambient drones and machine rhythms. Talabot’s set gradually build-up steam over its 2-hour course. By the final third he was hitting a cruising speed of around 120 BPM, a standard deep-house tempo. What’s remarkable is how John Talabot got there, imperceptibly dialing up the energy without any breaks or shifts in the rhythm, and expertly sequencing his selections to replicate the feel of a dance floor gathering force. John Talabot ended his set in pure class with the sunrise fitting “Laurent Garnier – The Man With The Red Face”.

Swipe to go through our Distortion Ø Friday highlights, including a video of John Talabot closing the Disco stage.

The anticipation and electricity was in the air, ahead of Kieran Hebden a.k.a. Four Tet’s debut set at Distortion Festival. The stage was getting crowded as Kieran was preparing his gear. The British producer has one of the most distinctive signatures in electronic music, and his Distortion Festival 2022 set was proof of that.

As one of his first tracks Four Tet played “Baby”, setting the crowd off! Four Tet used everything in his two hours set of surging buildups, placid comedowns, and hard lefts. Going from lucid and cheerful all the way to 90’s Drum and Bass and Dubstep. Four Tet’s 2 hour dj set showed just how dynamic his modest toolkit can be—and proves, by extension, that he is a stellar performer, not just a producer.

Swipe to go through our Distortion Ø Saturday highlights, including videos from Four Tet opening and closing dj set moments.