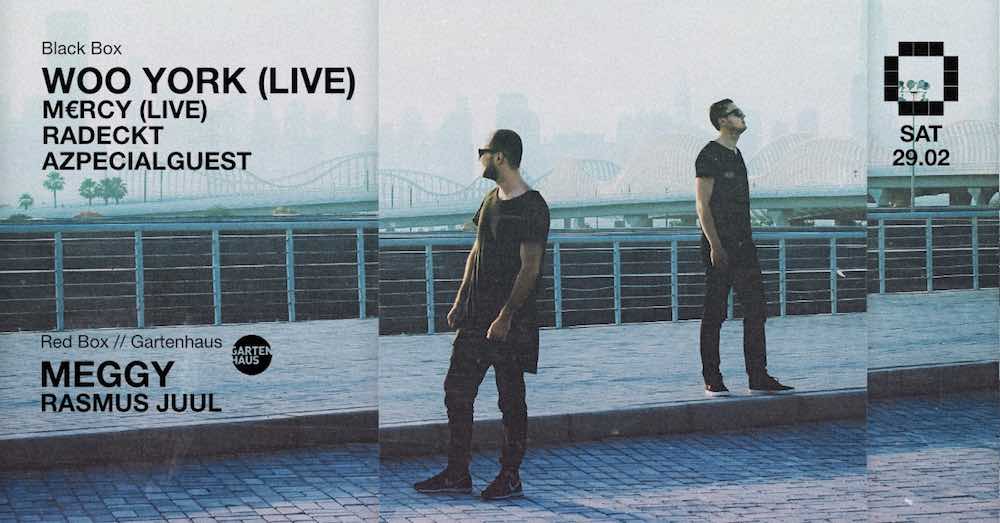 Woo York has come a long way as an internationally recognized live act with their own signature sound. The sound is not just plain four-to-the-floor techno but it’s the melodic side of their music that makes them stand out. They’ve become integral members of the international techno community, releasing music on Afterlife, Life And Death, Drumcode, Dystopian, Soma Records and Planet Rhythm. Woo York’s improvisational, hardware-based live set combines both energetic and experimental techno elements with acid leads and euphoric atmospheres and their performance is not to be missed.

Meggy from Berlin sparked off her musical career at a young age. She quickly made a name for herself and found herself DJing at Berlin’s leading clubs including Watergate and legendary Bar25. She now found her label home at Soul while also doing stuff for other imprints. Meggy joins Rasmus Juul to play for Gartenhaus’ label night in Red Box.